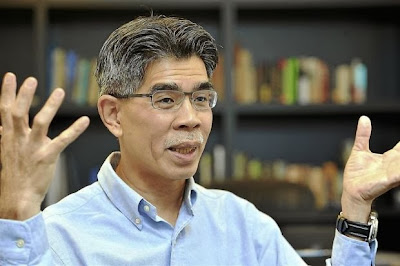 Based on the interview and news, Mr Abu Hasan Ismail aims to reach market capital of RM1billion in 3 years time. Prestariang current market capital is around RM545m. That's  double of what it's now to reach RM1b status. By using simple Rule 72, the group need to achieve annual growth of around 24% for 3 consecutive years in order to reach this figure. The group's growth strategy lays on its newly oil & gas segment which currently as he mentioned only contributed around 4% to the group's revenue. The group is looking to secure more contracts in this field. Apart from that, he also aims to recognise revenue streams from talent management and UniMY segments. 600 students are what they need to break-even for its UniMy business at this stage. So, 3 segments, 3 growth engines to double its market capital in 3 years time. Go for it ~ 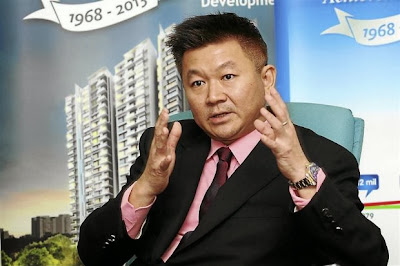 Another interview is from Scientex Berhad's managing director, Mr. Lim Peng Jin. Scientex berhad is far older company than Prestariang berhad. In fact, the group celebrates its 45 years old anniversary this year by distributed special dividend too. He aims to double the group's market capital in 5 years time. (p/s: Scientex's size is double of Prestariang currently, growth may not be so extensive as the latter.) Scientex's growth of course lays on its 2 core businesses, manufacturing and property segment. Under industrial packaging, its stretch film production is the world third largest in terms of production capacity. For its consumer packaging, the group is undergoing extension expansion via acquisition and capital expenditures to increase the output. For its property division, the remaining RM5.2b GDV can last for 10 years with 60% of it targets at affordable homes while the remaining at high end housing segment. Everything put into the plan, Scientex growth is more focus on organic growth rather than diversify into new segment.

So, both CEOs have their minds set for growth. Sometimes, it's really hard to evaluate the management team of one company on paper. On paper, we may only evaluate them through share buy back, decision they made in big occasions, their salaries and their statements in annual reports. But as a shareholder, of course you want to invest in companies where the management team able to produce fantastic result and bring a decent returns to the shareholders years after years.

In Scientex & Prestariang, I'm happily invest my money on them and have a good sleep every nights knowing they will work hard to produce good result years after years for the company. Of course as a shareholder, you need to evaluate the company performance every quarters to check whether the progress in on par on what you expected. Take a bold decision to sell it if the performance against what you expected. Never fall in love on them :)
Posted by Unknown at 10:20 PM