PJDev: Another plan in the making?

For the past one two weeks, I guess everyone who pay attention to PJDev's announcement in Bursa website probably has no difficulty to note that OSK Holdings Berhad had keep on acquiring PJDev shares through open market. 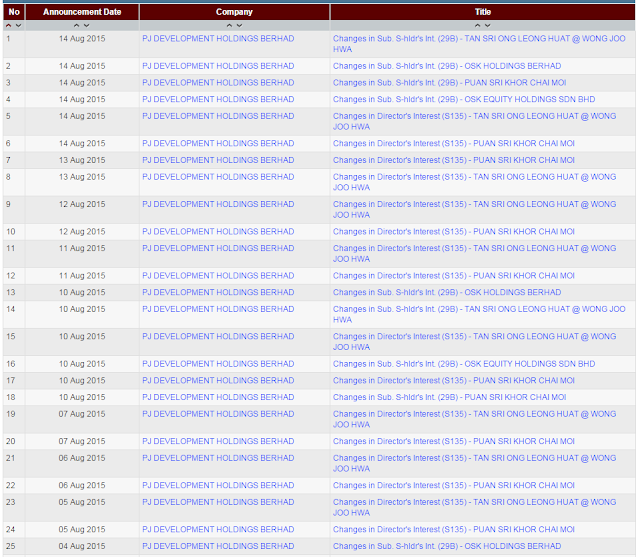 The transacted price was around RM1.55, slightly lower than the offer price.

Up to date, the number of shares acquired by OSK Holdings Berhad through open market is 31.46 million shares.

So, what is his plan?

To make it as OSK Holdings's subsidiary instead of investment in associate?

Though they have around RM520 million in borrowings.

So, another good asset being steal away?

Can offer better price or not?

Let's see what is the outcome when the mandatory takeover offer end in few weeks time.

Email ThisBlogThis!Share to TwitterShare to FacebookShare to Pinterest
Labels: PJDev