At first glance, it was definitely a disappointing 4th quarter for Mudajaya to sum up the year 2012. 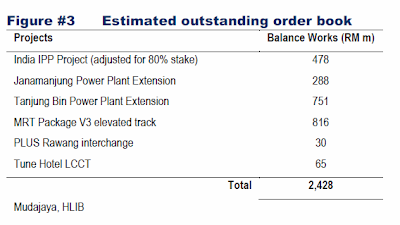 In short, Mudajaya still remains in my monitor list. No matter which party take charge of Putrajaya after the upcoming election, construction segment still considered as one of the areas where the new government will concentrate at. In terms of power plant construction, I do think Mudajaya will stand out against its competitors. Perhaps, the next market crash or correction will be a good price to enter.
Posted by Unknown at 11:56 PM

Email ThisBlogThis!Share to TwitterShare to FacebookShare to Pinterest
Labels: Mudajaya