I believe there are numbers of players out there to compete with OpenSys for its cash recycler machines. But I failed to search any concrete info online regarding who is his direct competitors and their respective market share.

Below is some of the details I managed to gather so far.

Wincor-nixdorf is one of the world's leading providers of IT solution and services to banking industry and produce his own cash recycler machine, namely CINEO C4040 series.

The group has its Asia Pacific regional headquarters located in Singapore as well as one office in Mount Kiara, KL.

Its website does not provide much info regarding sales in Malaysia and Singapore. So, no idea on its market share in the CRM industry here. 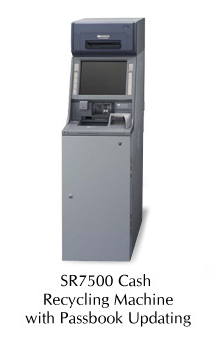 The second player I managed to search is from CLSystems SR7500 CRM model.

CL Systems is under CL International Holding Group who has been providing IT services to banking industry for decades. The group has major operations in Malaysia, Singapore, China and HK.

Based on the info in its website, the group formed a partnership with Hitachi-Omron Terminal Solutions Corporation who is the largest manufacturer of ATMs in Japan and had installed more than 3,000 terminals in Malaysia and Singapore.

Besides the group is the first company to install a self-service cash recycler machine in Malaysia in 2011. (OpenSys just started to conduct testing trial with local bank in 2013/2014)

Based on the OpenSys AR2014, it mentioned that Malaysia has around 15k units of ATMs.

So, if CL Systems has around 3k units in Malaysia, it has around 20% market share and as far as I see, the ATM machines in Malaysia are quite dominated by Wincor and NCR.

OpenSys does not state its numbers of units, but I guess they have lesser than that. Else, they will state it like how they brag about their 80% market share in the cheque deposit machines.

But the penetration rate of CRMs is still quite low at around 4%. There is still much more growth for the industry. It just depends how well OpenSys able to increase its market share in the CRM market.

(Copy from Internet) Tetsuhei Kawamura,GM of OKI (OpenSys's partner), once said that the biggest challenge for banks to adopt the CRMs is they have to update their software, which is time consuming and brings about a learning curve to learn the new features of the software.

Secondly, banks demand a 99.8% success rate when it comes to counterfeit recognition as the checking is done by the machine itself when the money is deposited to the machine before being withdrew by the another user.

Finally, banks worry about the devices’ life and don’t want to spend on new machines after few years of service and it also has to be able to withstand the wear and tear caused by constant use.

Email ThisBlogThis!Share to TwitterShare to FacebookShare to Pinterest
Labels: OpenSys