I think many of us understand the power of compounding effect. The compounding refers to generate earnings on top of previous earnings. The two paramount elements in this concept are time and annual return.

I always put the numbers into an excel file and see how far or how close I am toward my goal. Let's take a comparison between two people,

Mr. Action who started to invest at the age of 25 and invest an annual amount of 3,600 for 10 years and consistently achieved a return of 10% each year.

Mr. Procrastinate who only started to invest 10 years after Mr. Action started, at the age of 35 and invested a double amount of 7,200 annually for an even longer period of 15 years. He was able to achieve a return of 10% each year consistently too. 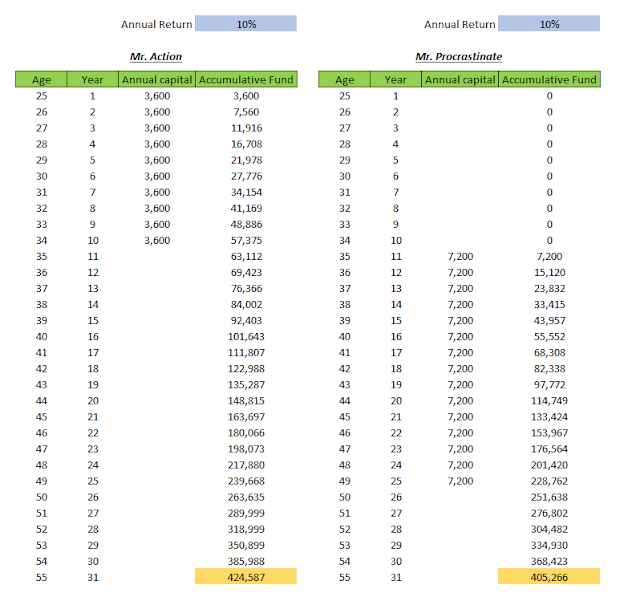 Of course the annual return can play a role here. Mr. Procrastinate can easily surpass Mr. Action if he able to achieve a higher annual return.

But I think it's easier to start invest early rather than to achieve high return, right? 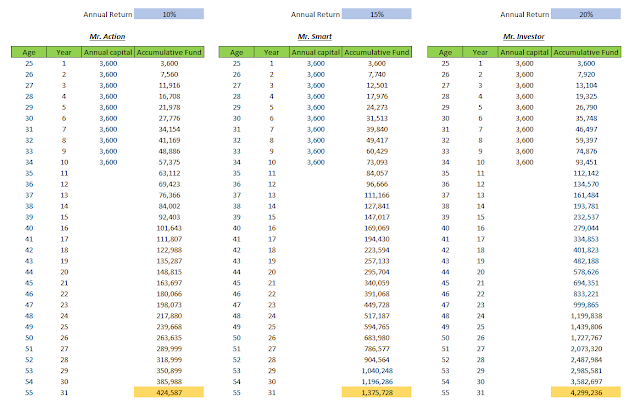 Let's compare with another two people with Mr. Action who invested the same amount and begun at the same time but with higher annual return rate than Mr. Action.

See the difference between Mr. Action and Mr. Investor. A 10% difference in annual return is what it takes for Mr. Investor to have ten times more money than Mr. Action at the age of 55. Of course, it's not easy to achieve 20% return consistently for 30 years.

So, do you want to be Mr. Procrastinate or Mr. Action or Mr Smart or the great great great Mr. Investor?

Perhaps we can start with Mr. Action today :) 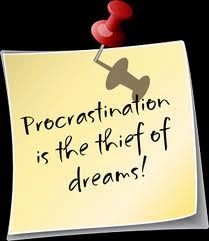 Put this at your note, Procrastination is the thief of dreams!!
Posted by Unknown at 10:35 AM