Whenever a company wants to raise fund for development, the owners list their companies if possible while still retain control of the company because the fund raised would be interest free

Whenever a listed company want to raise money, they take loans from banks, issue bonds or issue right issue to take money from the shareholders. The latter option is favourable because the money raised would be interest free too to the company. However, not many investors are fancy of right issue unless there is good prospect and transparent growth of the respective company.

XiDeLang Holdings just announced days ago a right issue of 4 right shares together with 3 free warrants AND 3 bonus shares for every 12 existing XDL shares held before 23 Dec 2013. It may looks good because it gives you freebies of 3 warrants and 3 bonus shares if you subscribe it.

But before that, take a look at the company. XDL is a China company who manufactures a variety of shoes. I guess you already feel suspicious when you come across a China company. Why they want to list their companies here instead of their motherland in the beginning prompt possibilities that they failed the requirement to be listed in China exchange. let's take a look on the group's latest balance sheet. 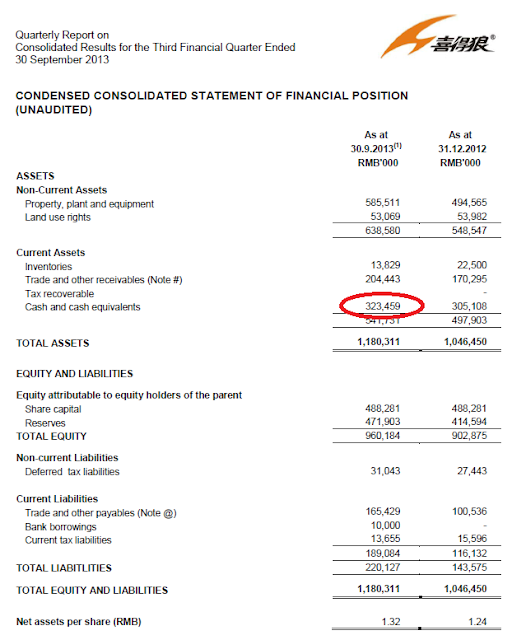 As at the date of 30 Sept 2013, the group has RMB323 million cash in hands with only RMB10 million borrowings. With a high amount of cash in hands, why they still need to take money from the shareholders?

Let's take a look on the utilisation of the proceeds from the right issue. 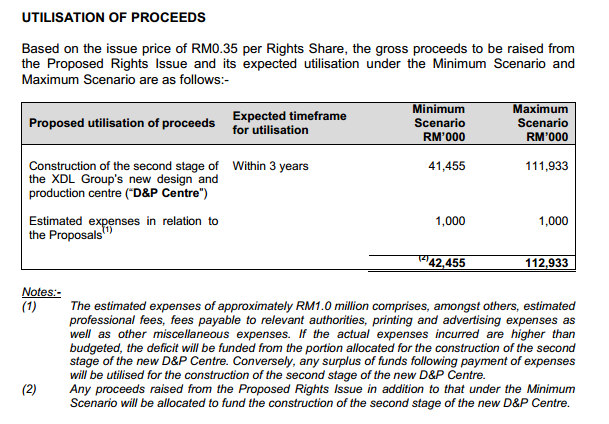 Assuming a maximum scenario, the group able to raise around RM110 millions and intend to use it all for the construction of the second stage of the group's new building. Reason given to build this building is after taking practical and strategic consideration in planning for its future business needs. Sound so professional :) Bear in mind that the building consists of 21 levels .... with some levels would be leased out to generate rental income .. what the heck is the management thinking? 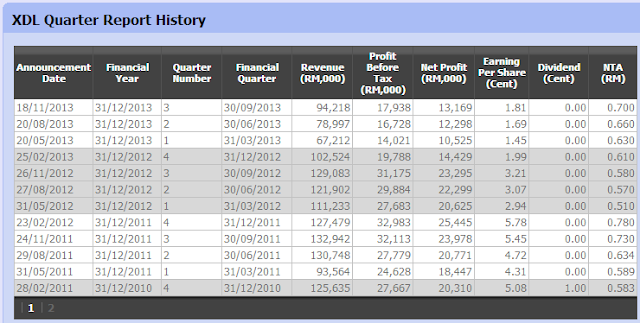 If you look back on the group's earnings for the past few years, their performances keep on deteriorating since listing until today. So, why on earth they still want to expand?

Don't play play .. Stay away from this company, I suggest.
Posted by Unknown at 12:51 PM

Email ThisBlogThis!Share to TwitterShare to FacebookShare to Pinterest
Labels: XiDeLang