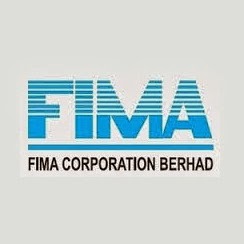 There is few posts regarding Fima Corporation 菲馬機構 analysed by 糊涂老大. I looked through it and decided to compile data for future reference. Fima Corp. The group has 2 core businesses, namely manufacturing of security and confidential documents division and palm oil plantation. The other segment is property management division which provides property services to various companies under FimaCorp and Kumpulan Fima Berhad. 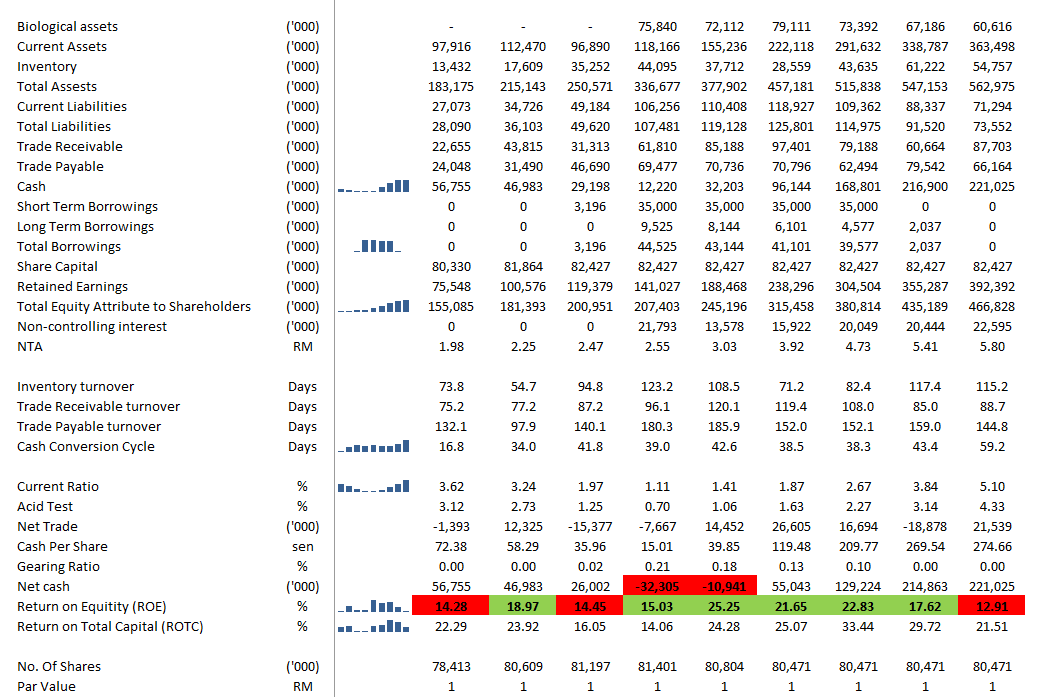 In terms of balance sheet, Fima corp is a cash cow currently, having RM2.74 cash per share with no borrowings. At current market capital around RM511 mil, the RM221 mil cash in hands which translated into roughly 43% of its market capital is too big to be ignored. Either the management thinks that there is no better investment opportunity compared to fixed deposit, or the mother company, KFima intends to keep the cash for themselves in case there is a chance to merge in future. Whatever it's, it's still not too good to let the large amount of cash sitting idle inside the bank. This shows that the management is not aggressive enough to look for investment opportunity to generate better return to the shareholders.

Current ratio and acid test is high due to the high amount of cash in hands. Cash conversion cycle is consistently maintained below 2 months. Net asset is RM5.80, just slight below today trading price of RM6.35. ROE and ROTC dropped for the past 2 years due to poorer result recorded.

Overall, Fima corp.'s operating cash flow has been good throughout the years, just there was a drop last year due to some working capital changes. Owners' earnings per sales has been good all this while with the owner easily get 20% cash return from sales. Not much capital expenditure is needed to maintain or improve its operation.

The group ventured into oil palm plantation in FY2008 by acquiring 80% equity interest in PT NJL in Indonesia and immediately started the planting process on the remaining un-planted area. The land almost planted with mature palm oil trees since FY2011. The group purchased third party FFB for additional processing to increase the CPO output instead of its own estates. Oil extraction rate remained good, probably due to majority of the trees are in mature stage. The plantation segment remained highly affected by the CPO price and the government policies.

The group just completed the purchasing of 2 parcels of agricultural lands in Terengganu for RM29 mils. However, the land size is not that large, measuring 1940 acres at which 840 acres of it are still vacant. The acquisition took around 1 year for completion. The acquisition cost should posed no problem to the group. It should provides a little bit growth in its plantation segment for the next few years.

Looking on its segments result, manufacturing contributed higher to the group's revenue and operating profit. However, the plantation segment showed a good growth after the acquisition and recorded a higher profit margin which in the range of 30-35% while manufacturing segment only recorded a profit margin of 20-25%.  Not much growth for the document manufacturing segment for the past few years, probably a little bit stagnant already. The plantation segment recorded highest profit in FY2012 as the CPO selling price was at peak that time. Property management recorded a stagnant result in terms of revenue for the past few years due to the same numbers of property under its management and its operating profits were highly affected by the operating cost and occupancy rate. 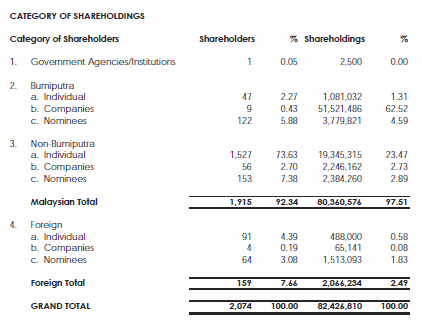 Not much foreign and local institutions are taking stakes in Fima corp. Kumpulan Fima and the group own treasury shares already taking around 60% of Fima corp. Shares liquidity is its weakness and sometimes there is no shares was traded a particular trading day. No bonus shares or shares split was done for the past 10 years.

Some additional notes are;
For the first half of FY2014, the group's net profit dropped a bit compared to preceding year and recorded an EPS of 41.1 cents with 15 cents dividend being declared. The shortfall was due to poor performance from its plantation segment as a result of lower CPO price and zero production of palm kernel. The management stated that the document production is expected to be lower in the second half due to cyclic effects while its palm oil division still depends on the CPO price.

It's hardly seen any aggressive growth on the group but in terms dividend yield, one easily able to get around at least 5-6% dividend yield for this counter and it's quite stable though, PE below 10.