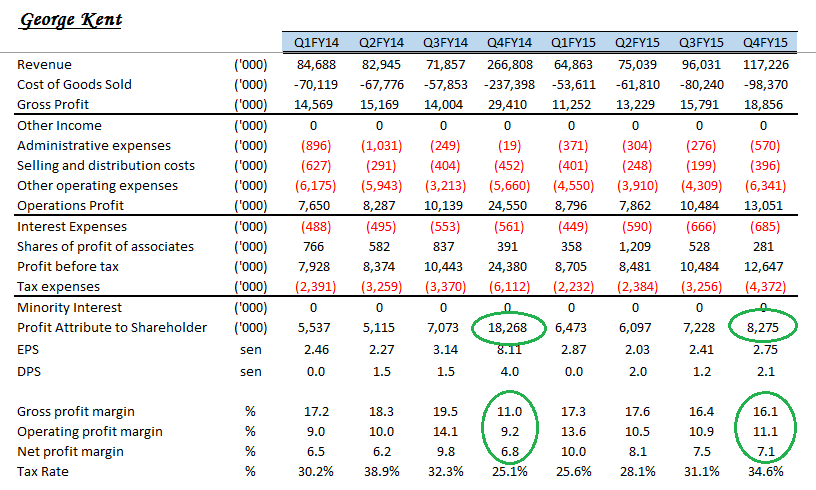 Revenue and net profit for Q4FY15 dropped tremendously compared to Q4FY14 as there was slight delay for the Ampang Line LRT project.


Profit margin increased as contribution of meter segment was higher in this quarter due to lack of progress in the engineering division that fetches lower margin. 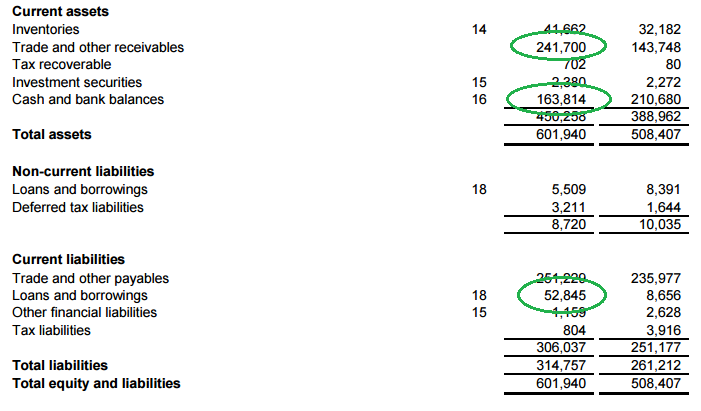 
Inventories increased close to 30%. This was probably from its meter division.


Trade receivables increased close to 68%. This is big, considered that its revenue for the financial year dropped. Furthermore, the amount of increase (~RM98m) was 2 times its FY2015 net profit.


Reading in conjunction with the cash flow statement, it's no surprise that it recorded a negative operating cash flow due to high outflow of working capital.  Although its capex is small, the group still need to take up some borrowings to pay dividends and for investing activities.


As a result of that, cash balance reduced while borrowings increased.


It may not be a red flag as it may be a temporarily situation to solve its liquidity problem. One need to monitor for few quarters more to make judgement. 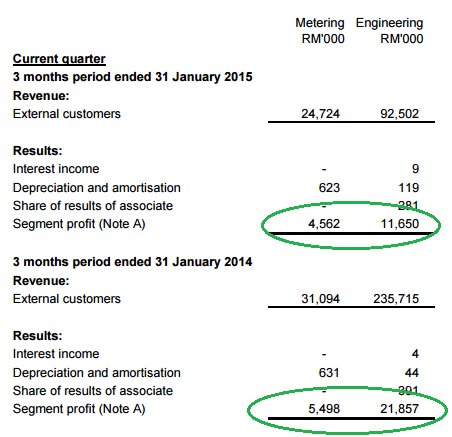 I'm little bit surprised that its Metering segment showed a poorer performance. I expected there would be growth as the management mentioned they are able to get contracts from Singapore PUB and Vietnam in previous quarters. Throughout these 4 quarters, it's noted that this division able to chalk up stable average RM4-5 millions operating profit quarterly.

The management combined the Construction and and Infrastructure segment together to form an Engineering division for segmental reporting beginning from this quarter.

This Engineering segment is my only concern all this while as it highly depends on the Ampang Line Extension project. The contribution of Kuala Lipis Hospital project is quite negligible. Management mentioned there was a rescheduling of the work components for the project. So the group was not able to conduct their work, no work progress, so no revenue was recorded.

Sad thing is it did not mention why there was a rescheduling and when it will resume. Boss, this is most important.

Elsewhere, the director also mentioned they are exploring opportunity in Philippines and Indonesia for its Metering segment as they started to deliver in small quantity there.

And there is rumour that they are able to get the job for the Railway 3 project. But it's better not to trust this kind of articles. Haha

I still quite fond of its Metering segment, but the Engineering segment will drag the group's performance down if the work did not resume and no new contracts was awarded.

I will keep it in my watchlist.