AMVIG Holdings Limited which is listed in HKEX, principally involved in the printing of cigarette packages while also manufacture transfer paper and laser film, which are the major raw materials for the cigarette packages.

The group is one of the leading cigarette packaging printing specialists in PRC and having a market share of approximately 13% according to its website. 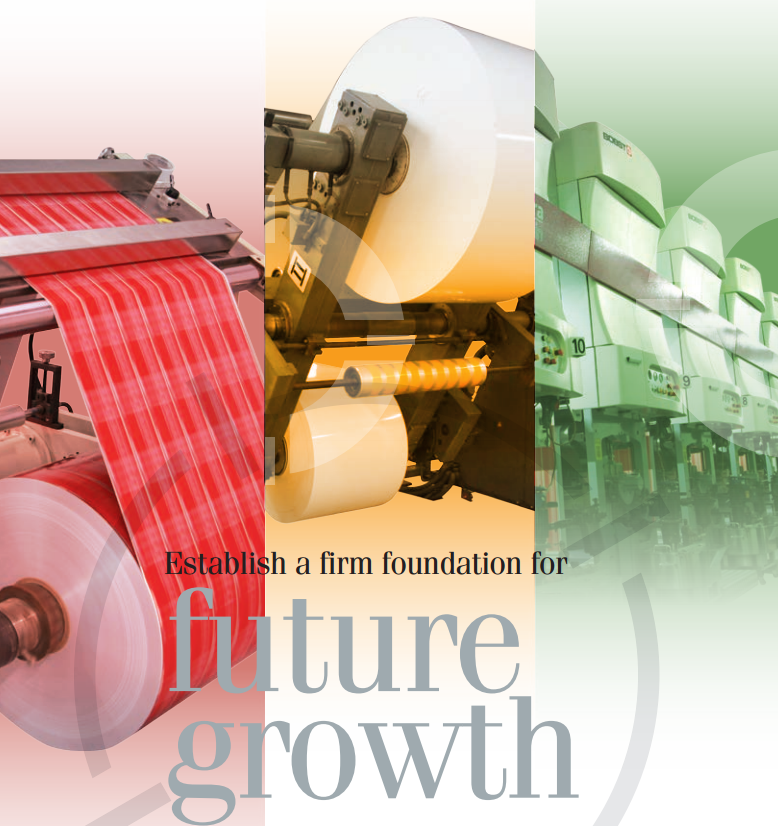 Soon after in 2006, AMCOR injected its cigarette packaging printing business in the PRC & became the single largest shareholder until now and changed its name from "Vision Grande Group Holdings Limited" to "AMVIG Holdings Limited" 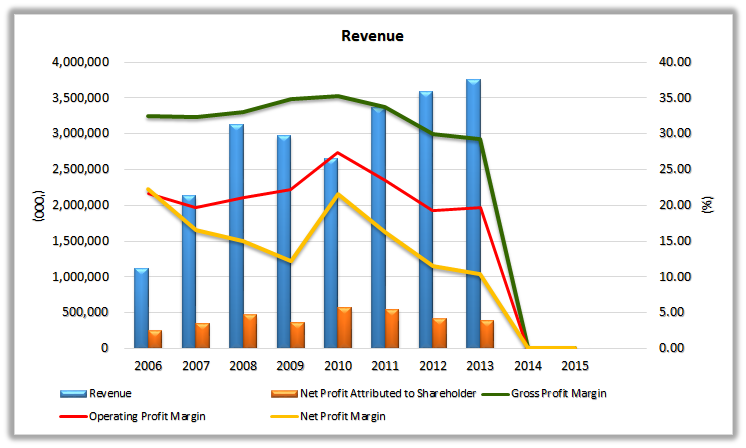 The group's strategy all this while focus on dual growth engine, organically and inorganically. The group made numbers of acquisition throughout the early years. Through restructuring and integration, the group at one point was the leader in the industry.

However since 2010, the tobacco groups had since implement tendering system which affected the profit margin of the packaging industry. This move eliminated many small companies as they could not compete with lower selling price.

It's obvious that the group able to chalk up higher sales but bad thing is they did it by compromised their profit margin. I believe it will stabilize at one point when all the big boys forming a base line later. Nevertheless, its gross profit margin and net profit margin still above 25% and 10% respectively. 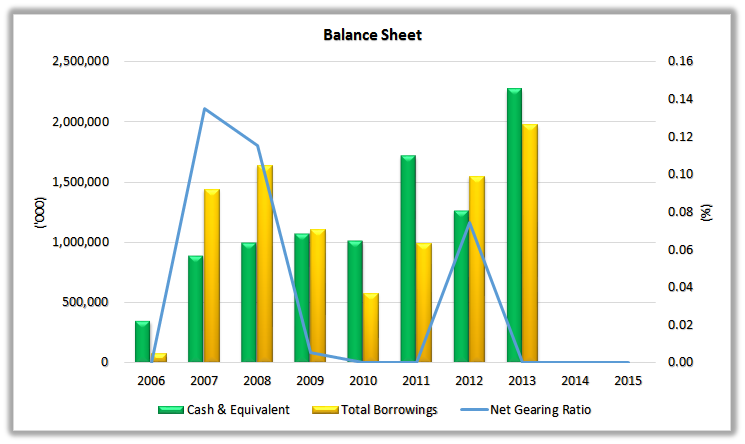 The group maintains a good balance between its cash on hands and total borrowings to finance its growth. Net gearing ratio less than 15% throughout the years.

The group is in net cash position currently. Current ratio >2 for the past 5 years.

The high amount of borrowings may not be a concern as the interest expense to operating profit ratio is less than 10% and the interest gains from cash balance and dividend from associates are enough to cover. 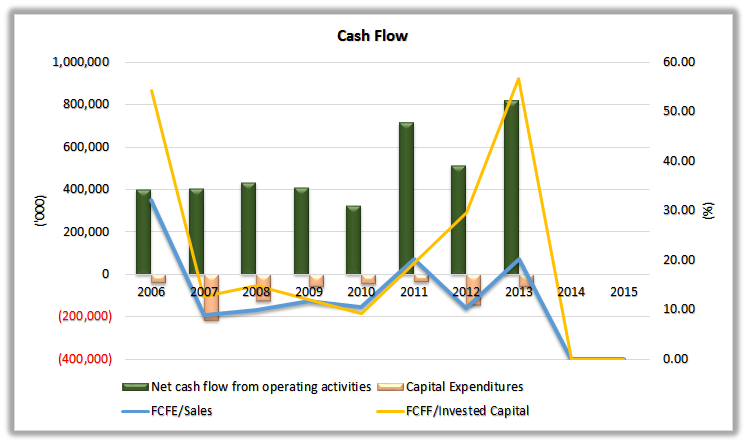 Good thing about AMVIG is its very strong cash flow. The group needs very low capex each year for organic growth and its operating cash flow is more than enough to cover.

Thus, the group generated high amount of positive free cash flow every year. FCF/Sales and FCF/Invested Capital were good with >5%.

Cash generability is good with net cash flow from operation / net profit ratio is more than one every year.

This explains why the group able to pay big sum of special dividend in year 2012 and 2014 due to its strong free cash flow to return the excess cash to the shareholders. 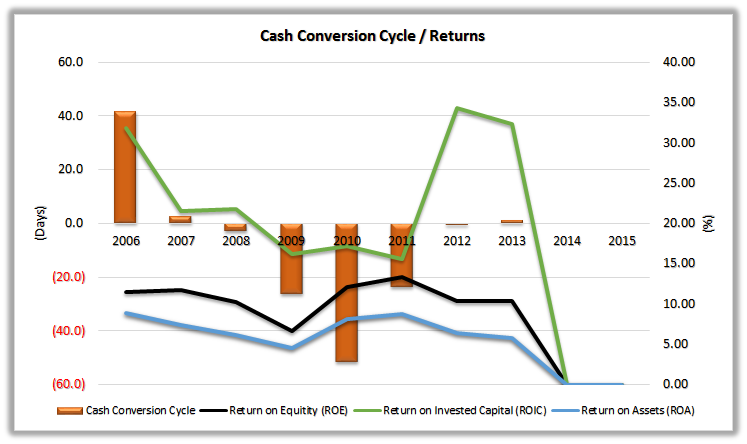 One of the reasons why its operating cash flow has been so strong is because of its low and occasionally negative cash conversion cycle. The group able to drag its payment to the suppliers while keeping its inventory level low as well as receivables turnover to keep a good working capital management.

In terms of returns, its average ROE of 10% made it a mediocre company. However, standing at the point of company, its ROIC had been impressive these 2 years with above >30% return.

Some of the corporate movements for the past few years as below,

Acquired 65% of World Grant in 2006 and establish new Dongguan plant to capture the market share in the southern part in 2007. And in 2008, the group relocated its laser film operation to Dongguan to become a one stop station with both cigarette packaging and film and transfer paper production at one site to improve production efficiency.

In Oct 2008, the group acquired Hangzhou Weicheng which is one of the top ten tobacco groups for RMB350 millions

In Feb 2010, the group acquire 45% equity stake the group did not own in Famous Plus Group who focus on high end packaging products for RMB670 millions.

That's for the 3 financial statements and its brief introduction. Will continue on next post.