Century Sunshine Group (世纪阳光): So Good Yet So Fake

Century Sunshine Group Holdings Limited with stock code 509 was listed on the GEM Board in 2004 and subsequently transferred to the Main Board on  August 2008. It was the first listed company who specializing in organic fertilizer business in China.

The Group ventured into magnesium alloy production in 2008. Since then, the group focuses on both core segments to drive its group forward. 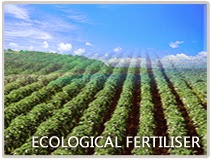 Based on the latest annual report. it's reported that in PRC, where more than about 50% of 450 million mu of paddy rice soils contain low silicon content, and 19% of the soils contain low magnesium content, the group very owned Si-Mg fertilizer is effective in improving soil structure and increasing crop resistance to pests and disease. 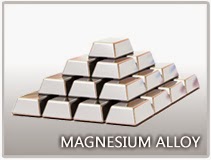 Magnesium alloy segment produces 2 types of products, namely basic magnesium products and rare earth magnesium alloy. The group has a resourceful dolomite mine which is rich in magnesium and offers an integrated platform from mining, smelting, ingot manufacturing, alloy and master processing to distribution.

According to the “13th Five-year” development plan for the PRC’s magnesium industry, raw magnesium output in the PRC will increase from approximately 800,000 tonnes in 2014 to approximately 1.3 million tonnes at the end of 2020, with an average annual growth rate maintained at 8.4% due to promotion of being one of the lightest structural metals in engineering applications.

The Group has signed a long-term agreement with Changchun Institute of Applied Chemistry to apply and utilize exclusively the 21 patents on magnesium alloy productions especially rare earth magnesium alloy. 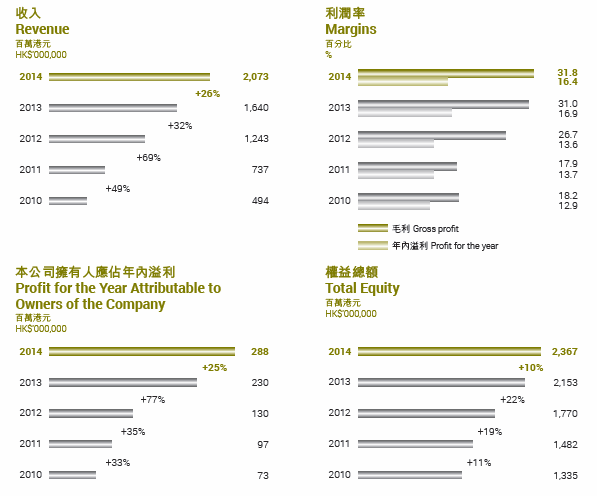 What interested me in the beginning to look at this company is the image above. Revenue and net profit were increasing for the past 5 years at a very good growth rate. To make it better is its profit margin also increased gradually.

Nothing is better than that. This was contributed by new compound fertilizer and rare earth magnesium alloy as well as increase production capacity for both segments.

It's no surprise that the group took up more loans to fund its expenditures and also raised funds from the public. Number of outstanding shares had increased from 2.29 billion in FY2010 shares to 2.89 billion shares in FY2014

Fertilizer segment is the group’s core business, contributed the most to the group’s revenue and its bottom line all this while. Its profit margin increased tremendously since 2012 after the introduction of new Si-Mg compound fertilizer that fetches superior higher margin than organic fertilizer are well received by the industry.

Metallurgical flux is the by-products that are being produced in Si-Mg fertilizer production.

What made me not comfortable about this company is its large capex and negative free cash flow as well as some acquisitions made in these few years. The recent acquisition of Group Senses is even more alarming where the company being acquired who involved in manufacturing of electronics products had been in net loss position for the past few years.

If not for this concern, I probably will buy some