Sunway: The listing of SunCon

So, few months after Sunway Berhad decided to list its construction arm, the group finally announced the shareholders' circulation on last Friday.

Barring any unforeseen circumstances, the listing of SunCon will be around mid July. So 3-4 months later.

There are 2 scenarios mentioned in the announcement, namely minimum and maximum which depends on the possibility of share buy back exercise, ESOS options and conversion of warrants which affected the no. of ordinary shares of Sunway group.

The final retail price and institutional price are expected to be announced within 2 market days from the price determination date.

Since majority of the proceeds raised will distribute back to Sunway's shareholders as special dividends, I guess the amount will be the focus of the shareholders.

Based on the latest 4th quarter report of Sunway group, the no. of ordinary shares is 1.727 million.

Thus, dividing the amount by the outstanding shares gives 24.7 cents and 21.87 cents as special dividends respectively for minimum and maximum scenario. There will be slight deviation as a result of conversion of warrants and ESOS as well as share buy back by the group if any.

Bear in mind after the exercise, the equity interest of the group in SCG will be diluted to 51% from existing 100%.

Apart from the distribution, the group also attached the financial report of SunCon group. 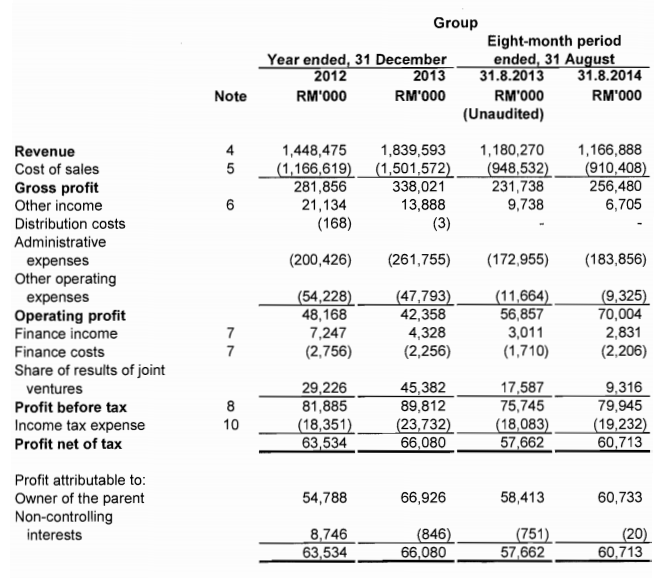 Administrative expenses made a lot out of the operating profit

At the balance sheet, the group was at net cash position. One thing to note is the trade receivables was quite high. It's normal the construction industry usually have higher trade receivables. But given much of its contracts come from its mother, Sunway group, hopefully it will not post any problem to its cash flow

As at Dec 2014, SCG group has an outstanding order book of approximately RM3 billion 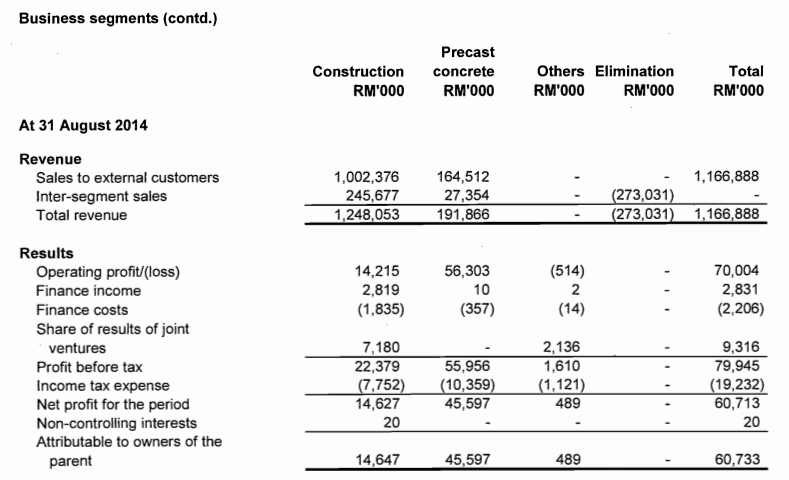 Take a look at the segment reporting will give you some slight idea on what to look for.

I would expect the construction division would fare better since they perform piling works themselves rather than giving out to other players like Pintaras or Ecopile. 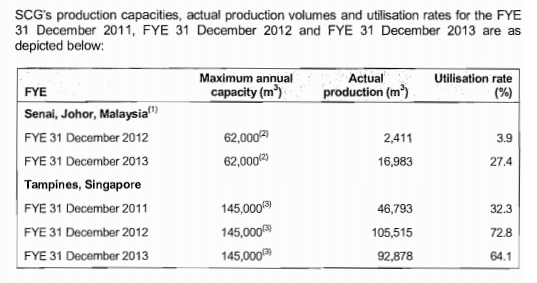 But one thing need to take note is the precast concrete division is highly depends on its plant in Singapore and it supplies primarily for the HDB public housing projects and some private sector development projects. With the slow down of development of HDB projects in Singapore, I think the division will have a hard time moving forward.

Bear in mind that the utilisation rate never reach 80% before as stated for the past few years.

So, probably I will consider to sell SunCon off after its listing, no intention to hold long.

Email ThisBlogThis!Share to TwitterShare to FacebookShare to Pinterest
Labels: Sunway