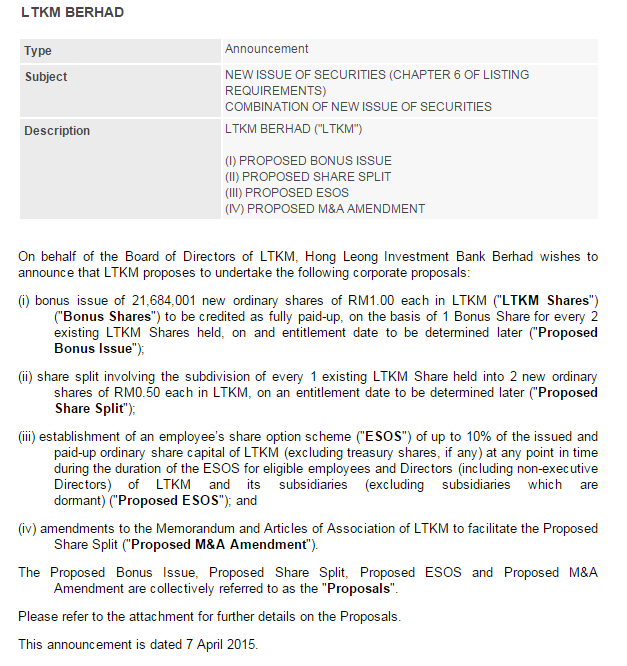 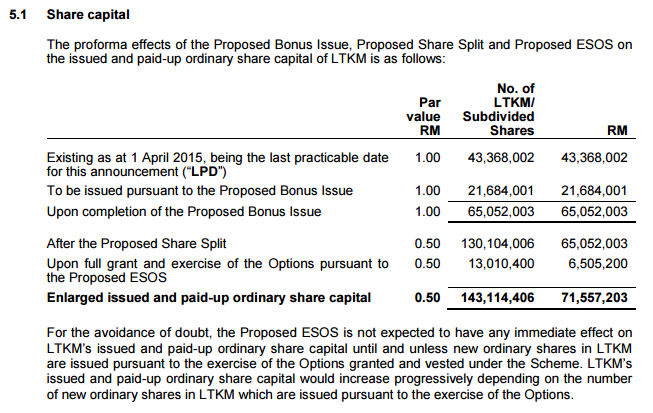 So the number of ordinary shares will be almost 3 times than existing.

Since this is just a bonus issue and share split, there is no proceed being raised. Furthermore, it has no effect on its fundamental.

The only good thing is it increases the shares LIQUIDITY and AFFORDABILITY!

The share price will probably be adjusted from RM6.5x to RM2.1x.

Given that existing 43 millions of outstanding shares are pretty small, to make it worst, the top 30 shareholders already taking around 82% of the ownership.

So, I think it's a very splendid move by the management to increase its shares liquidity

Given the corn price still at low level compared to last year, it should be able to counter the strong USD currency.

Based on the currency sensitivity analysis published in the latest AR, stronger SGD to RM is favourable to them too, probably due to the exports to Singapore.

With the latest corporate exercise, can LTKM reduce the gap between TeoSeng and him in terms of market capitalisation?

Email ThisBlogThis!Share to TwitterShare to FacebookShare to Pinterest
Labels: LTKM